Philippines and Thailand: Reversal of Fortune? | A Forum on Comparative Politics and Economic Development 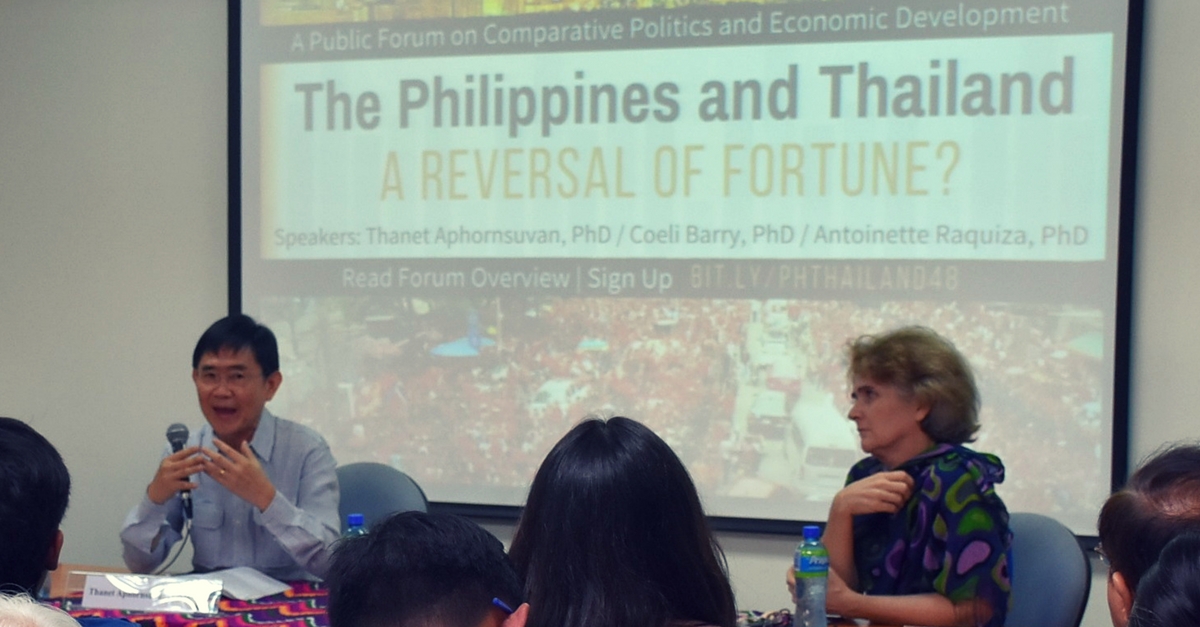 Over the past decade, the Philippines and Thailand experienced a reversal of fortunes. The Philippines, once regarded as the sick man of Asia, is now one of the fastest growing economies in the world. Thailand, once considered as one of East Asia’s emerging tiger economies, is experiencing a long-term economic slow-down.

In a public forum titled “The Philippines and Thailand: A Reversal of Fortune” held on 8 April 2016, Dr. Thanet Aphornsuvan of the Thammasat University, Dr. Coeli Barry of Mahidol University, and Dr. Antoinette Raquiza of the UP Asian Center discussed the factors that would account for the difference in the two countries’ economic performance

The discussion underscored the crisis of political legitimacy and the role of the Thai middle class in its political and economic transformation. The cultural idioms on deference and hierarchy also explain the dynamics of the existing sociopolitical context in Thailand. In the case of the Philippines, it was the changes in the configuration of the global economy, coupled with the rapid increase in the country’s international trade in services, that allowed for the Philippines’s rapid growth rate.

The forum, held on 8 April 2016, was organized by Bugkos Research Program of the UP Asian Center in partnership with the UP Department of Political Science and the Third World Studies.

Back to BUGKOS Main Page