Watch: Colonial Images and Stereotypes of Southeast Asia | A Webinar 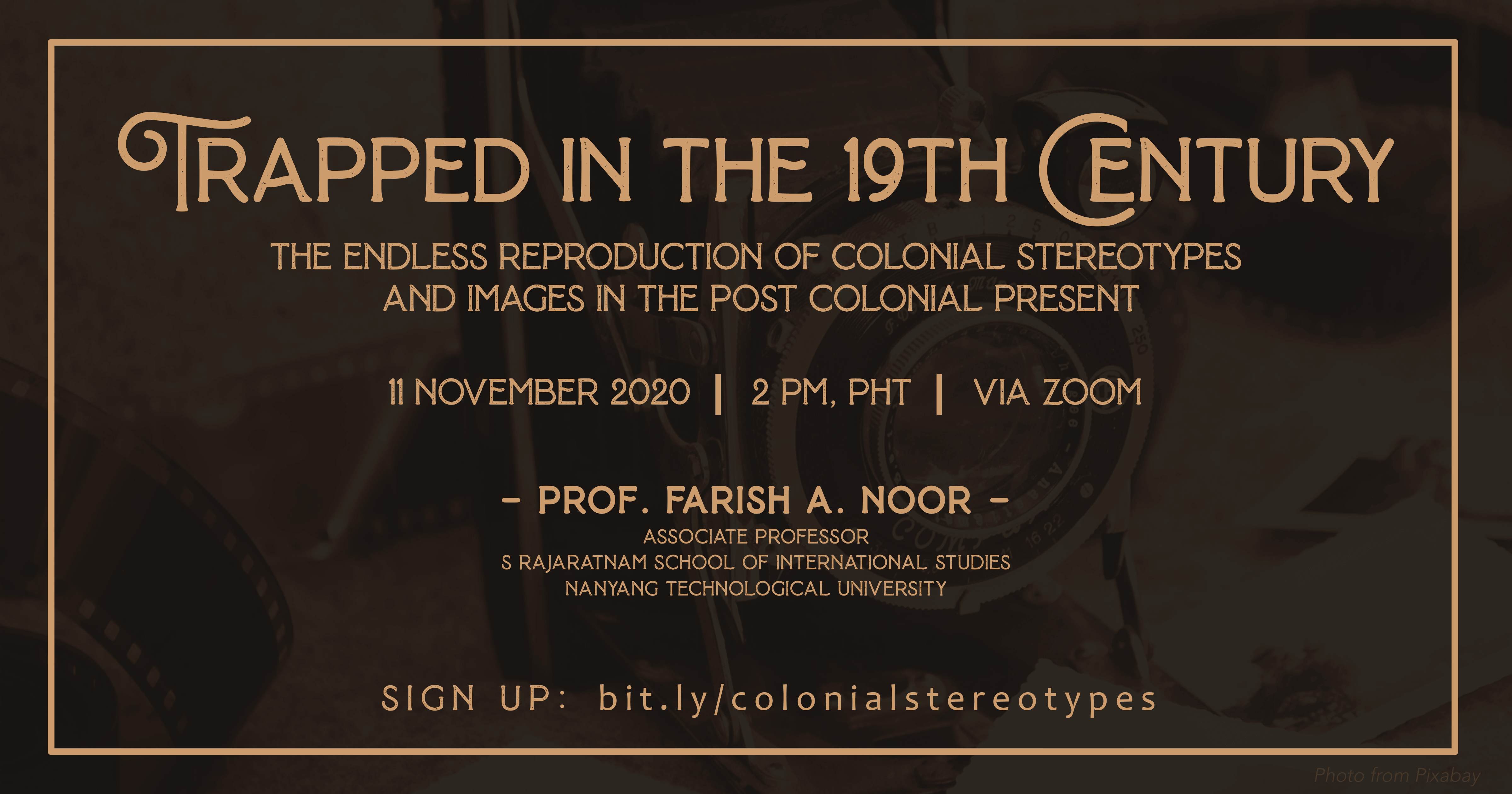 The replay of the webinar, “Trapped in the 19th Century: The Endless Reproduction of Colonial Stereotypes and Images in the Postcolonial Present” is now available on YouTube. The event was conducted on 11 November 2020 as part of the 65th anniversary celebration of the UP Asian Center.

The 19th century was a time when much of Southeast Asia came under colonial rule. It was also the century that witnessed an enormous amount of data-collecting on the part of the different colonial regimes in the region. During this period, a more sedimented understanding of Southeast Asians emerged, when Western Orientalist scholars were also exposed to theories of Western racial supremacy and innate racial-biological differences between themselves and the societies they ruled over.

Dr Farish A Noor is Associate Professor at the S Rajaratnam School of International Studies, Nanyang Technological University NTU, Singapore. His research interests include political history of Southeast Asia and religio-political movements in the region. He is a member of the United Nations Panel of Experts on Religion and Politics.

This  activity is part of a webinar series held in celebration of Asian Center’s 65th Anniversary, with the theme “Asian Center @ 65: Zealously Cultivating Ideas, Ceaselessly Inspiring Minds Across Asia.”