Was José Rizal an Anarchist? 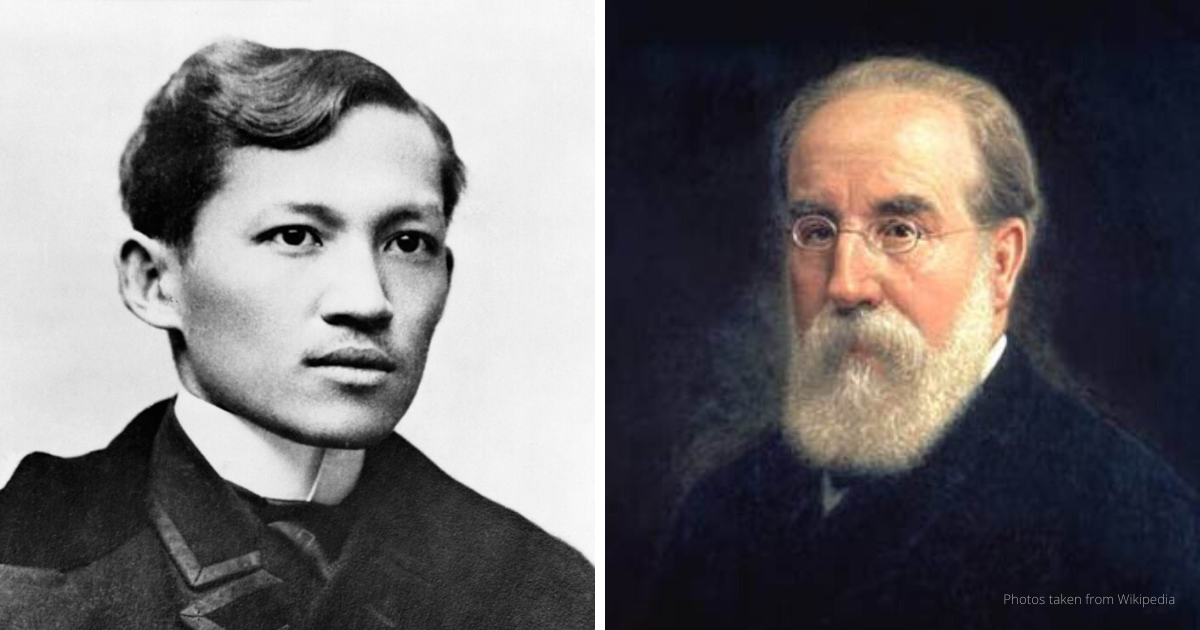 In “From Cádiz to La Liga: The Spanish Context of Rizal’s Political Thought,” the scholar George Aseniero identifies the parallels between Rizal’s La Liga Filipina and the anarchist ideas of Pierre-Joseph Proudhon, as espoused by the Spanish politician Francesco Pi y Margall. The article was first published in 2013 in Asian Studies: Journal of Critical Perspectives on Asia, published since 1963 by the Asian Center, University of the Philippines Diliman.

Rizal’s friend, Pi y Margall, was an advocate of the federal republic movement at a time when Spain was caught between an absolutist and a constitutional monarchy; between the “conservador” and the “liberal” (22). He described himself as “a liberal, socialist and anarchist” (21).

Pi y Margall envisoned a “transformative” (24) political program that covered the secularism of the state, agrarian reform, labor, and education. All these issues were tackled in his draft of the 1883 federal constitution, which, though “never promulgated” (27) was already being written when Rizal became his acquaintance.

“a system of autonomous local communities and industrial associations which relate to each other by contract and mutuality of interest rather than by laws… Authority itself, decentralized in mutually bound (voluntarily federated) communes (towns, provinces, regions) and industrial associations (factories, workshops, cooperatives) making autonomous decisions at their respective levels, will eventually dissolve… In a federalist system of government, the State gradually gives way to—dissolves itself in—civil society” (25).

“a programme of mutual financial cooperation amongst workers aimed at returning the control of the productive process back to themselves… by ensuring possession of their own means of production, assisted by reforms of credit and exchange” (25).

“Mutualist socialism envisions an egalitarian society … which are in turn supported by a system of mutual credit founded on people’s banks” (26).

Proudhon’s another name for mutual socialism is “anarchism” (26). “With the eventual dissolution of authority a natural social order emerges." Aseniero quotes Proudhon (26), "Anarchy – the absence of a master, of a sovereign – such is the form of government to which we are everyday approximating."

La Liga as an Anarchist Document

How did these anarchist ideas manifest in Jose Rizal’s La Liga Filipina? As Aseniero argues, upon Rizal's return to the Philippines in 1892, he sought for a new avenue of “integration, … that of a viable national community centered on itself” (37).

The La Liga Filipina “is at bottom a mutualist association; its goal: to create a compact, vigorous and homogeneous Civil Society” (32).  Its “basic economic principle” is similar to the “organization of credit” (33) in Proudhon’s mutual socialism.

“The associated workers—artisans, peasants, workers, professionals—are enabled to produce and exchange on the basis of loans made available to them by the association itself; with the loans, they can invest in capital goods—their means of production, the tools of their trade—and working capital” (33).

The rights of La Liga members “...... are economic in nature, designed to promote and facilitate the growth of productive enterprises and professional services through the extension of credit, discount on purchases and services, and other forms of support including protection and defence against injury or injustice” (34).

There is no interest on loans and members pay their dues upon entry and monthly quotas. The growth of the organization is based on the expansion of members, ideas, and projects (34). Focus is given on the establishment of “cooperative stores” (35) and “investment funds” which was aimed to serve as “people’s banks” for the “'development of education, agriculture and commerce'” (35). The principle of mutualism is emphasized in the statutes. “All things being equal, members shall always favour members” (36).

“La Liga aimed to create the Civil Society that still was not there—'to unite the entire Archipelago into one compact, vigorous and homogeneous body'”” (37). It “rests on ... people’s councils spread all over the country, mutualist associations of producers and consumers united on the basis of cooperation and reciprocity… vertically integrated but self-managing at all levels" (38).

La Liga could have been a “a federal republic such as that envisioned by Pi y Margall” (38). Devoid of the politics and impediments of the Spanish Cortes or the Clergy, it is only appropriate to consider that “La Liga Filipina was to be the first step to freedom” (39).

Download—for free—Aseniero's article, "From Cádiz to La Liga: The Spanish Context of Rizal’s Political Thought" in Asian Studies: Journal of Critical Perspectives on Asia 49: 1 (2013). This issue also includes Aseniero's essay, "La Liga in Rizal Scholarship." In the foregoing summary of Aseniero's argument, quotes from Rizal and Proudhon are indicated by single quotation marks ('). In-text references thereto and to other sources in the actual article have been removed in this essay.

The Asian Center offers M.A. degrees in Asian Studies with four fields of specialization: Northeast Asia, Southeast Asia, South Asia, and West Asia. The Center also has an M.A. program in Philippine Studies that allows students to major in Philippine society and culture, Philippine foreign relations, or Philippine development studies. The Center offers a Ph.D. program in Philippine Studies in conjunction with the College of Arts and Letters and the College of Social Sciences and Philosophy. The Asian Center also publishes Asian Studies: Journal of Critical Perspectives on Asia.