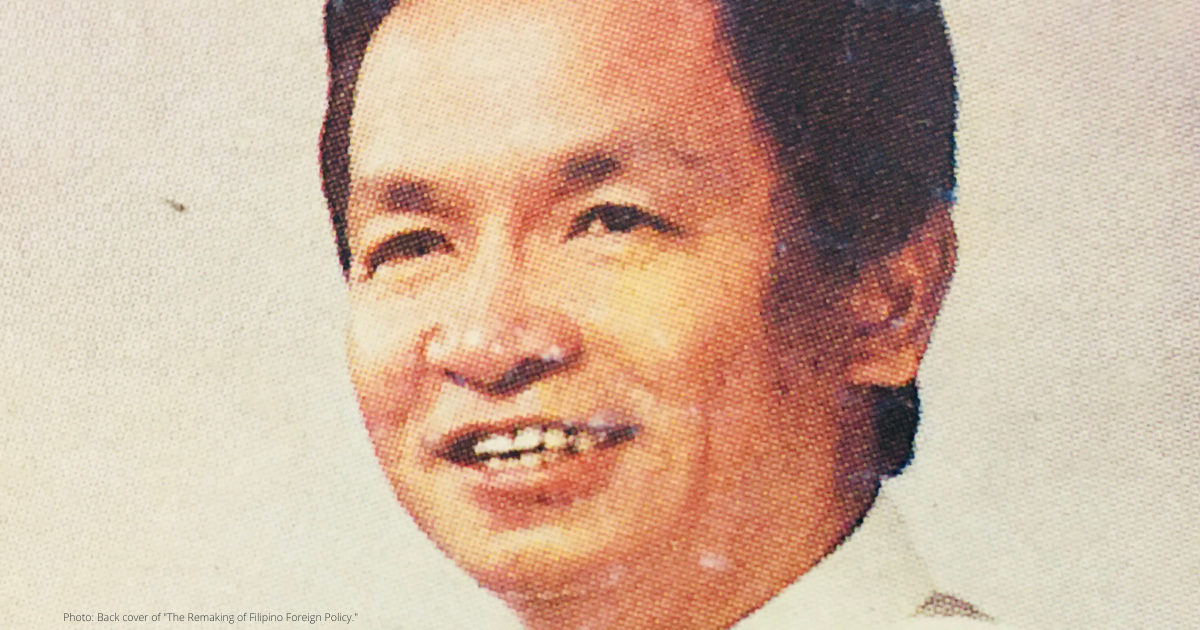 Ambassador Benjamin B. Domingo, alumni of the UP Asian Center and career diplomat, passed away on 21 November 2019. He was 83.

Ambassador Domingo placed second in the Foreign Affairs Officers Examination (FAO) in 1966, and rose through the ranks until he was promoted to Ambassador Extraordinary and Plenipotentiary in 1982. He was Director General of the Foreign Service Institute of the Department of Foreign Affairs from 1982 to 1983. Before FSI, he served as Acting Assistant Secretary for Economic Affairs, and was once Foreign Affairs Adviser in the DFA. From 1999 to 2001, he was Undersecretary for Legal and Migrant Workers' Affairs.

Among his foreign postings as Charge d'Affaires and Consul General are in Seattle, Washington, USA; San Francisco, California, USA; Honolulu, Hawaii, USA; and Bonn, Germany. He was the first Philippine Ambassador to Negara Brunei Darussalam.

Ambassodor Domingo has a PhD in Philippine Studies; a Master of Arts degree in Asian Studies; and a Bachelor of Laws degree, all from the University of the Philippines Diliman. Among his published books are: The Making of Filipino Foreign Policy, Philippine-German Relations, ASEAN-European Economic Community Relations, Rizal in Germany, The Philippines in Hawaii, Legends of Two Peoples, Hawaii's Eminent Filipinos, Philippine Trade, Philippine Investments, Mr. United Nations, and others.

Except for the statement on his being an undersecretary, the preceding account appears virtually verbatim on the back cover of Ambassador Domingo's book, The Remaking of Filipino Foreign Policy. The photo above is an image of the photo on the back cover.

The Asian Center offers M.A. degrees in Asian Studies with four fields of specialization: Northeast Asia, Southeast Asia, South Asia, and West Asia. The Center also has an M.A. program in Philippine Studies that allows students to major in Philippine society and culture, Philippine foreign relations, or Philippine development studies. The Center offers a Ph.D.  program in Philippine Studies in conjunction with the College of Arts and Letters and the College of Social Sciences and Philosophy. For an overview of these graduate programs, click here. The Asian Center also publishes Asian Studies: Journal of Critical Perspectives on Asia, the latest issue of which can be downloaded atthe journal's website. For other news and upcoming events at the Asian Center, click here.