The UP Asian Center: A Brief History 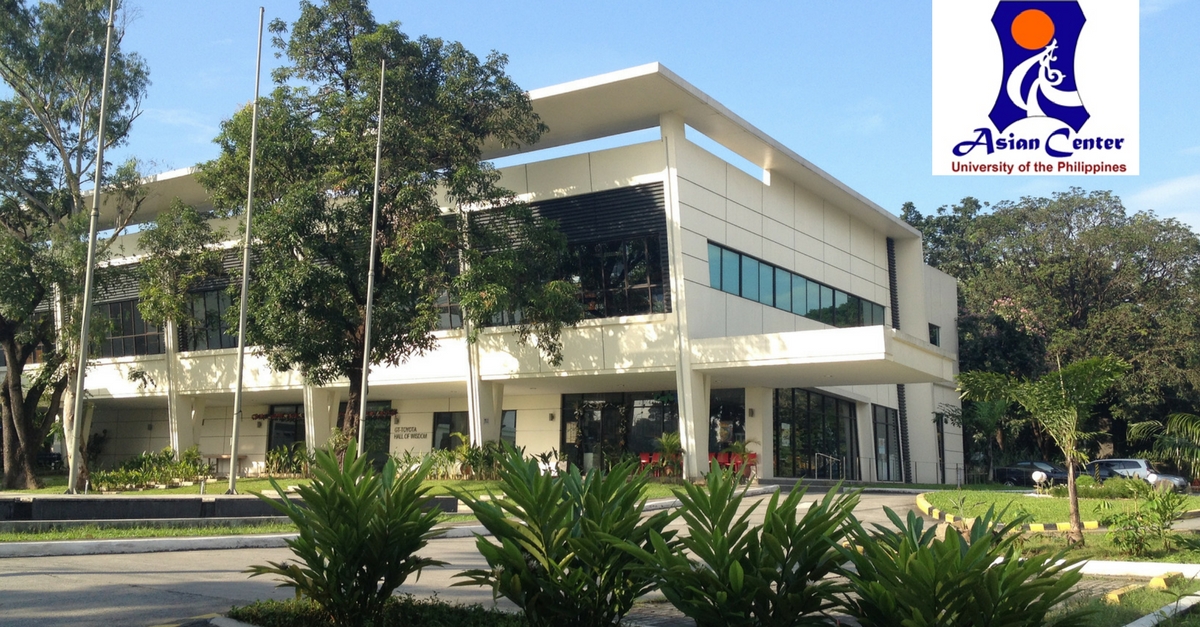 BEGINNINGS: THE INSTITUTE OF ASIAN STUDIES

With very little doubt, the Asian Center’s history is one of the most colorful, if not the most controversial narratives within the University of the Philippines System.  Based on a series of changes in name and institutional status, the various periods of the history of the Asian Center may be identified as follows:  Institute of Asian Studies, (1955–1968); Asian Center I, (1968–1973); Philippine Center for Advanced Studies (1973–1979); and, Asian Center II, (1980–Present).....

The beginnings of the Institute of Asian Studies (IAS) can be traced back to a letter written by President Ramon Magsaysay instructing Dr. Vidal A. Tan, the president of the University of the Philippines, to create the institute “not later than the academic year 1955-1956.” (Ramon Magsaysay 1954).  In order to prepare for the establishment of the institute, on 14 January 1955, Dr. Tan embarked on a tour of Southeast Asia in order to foster close relations between the Philippines and Southeast Asian countries.   Later on during the year from 12 May to 15 August 1955, Tomas Fonacier, Alfredo Morales, Marcelo Tangco, and Marcelo Aguilar were sent to the United States, Europe, and Southeast Asia to study programs on Asian studies at various academic institutions.  (Asian Center Prospectus [ACP] 1968,  6).   On its 604th meeting on 28 November 1955, the UP Board of Regents finally acted upon the instruction of President Magsaysay and established the IAS (Minutes of the 604th Special Meeting of the UP Board of Regents [BOR], 28 November 1955, 17). The Institute, which was attached to the University’s College of Liberal Arts, was envisioned to be:

“...the common ground in which to bring together scholars and students in Asia, to develop among themselves a spirit of stronger kinship, mutual helpfulness and solidarity, and render it fit to serve as rallying point in joint endeavours of all Asians to preserve and advance their common cultural heritage.”  (Ramon Magsaysay 1954)

….In 1956, the IAS received a budget of 75,000 pesos through the Appropriation Act 100.  (ACP 1968, 6).  Dr. Alfredo Morales was appointed Acting Director of the Institute.  Later on, however, the Institute was placed under the supervision of a Committee on Asian Studies.  Dr. Tomas Fonacier served as the Chair of this Committee while Dr. Cecilio Lopez served as the Executive Secretary.  At this time, the Institute was not yet a degree-giving body.  Its functions focused on research and the development of expertise on Asia.

In 1962, Dr. Carlos P. Romulo, veteran diplomat and the first Asian president of the United Nations General Assembly, was appointed President of the University of the Philippines.  The Institute of Asian Studies figured in his inaugural speech.  Primarily due to his support, the IAS’s budget was increased.  He also appointed Dr. Ruben Santos Cuyugan as the Institute’s first director.  It was during Romulo’s term that the so-called “Philippines in Asia” vision for the Instituted was articulated.  The Institute’s general objective was “to bring the reality of Asia to the Philippines, and the Philippines to the rest of Asia.”  (ACP 1968, 9)  Specific objectives include the following:

Towards the end of Romulo’s term, the IAS became a degree-granting unit in 1967.  It was also towards the end of Romulo’s term when the Philippine Congress enacted a law creating the Asian Center.  This law was Republic Act No. 5334 (An act Providing Funds for Buildings, Equipment, and Facilities of the Asian Center of the University of the Philippines, and for Other Purposes).  It was signed into law by President Ferdinand E. Marcos and took effect on 15 June 1968*.  The importantly operative sections of the law are sections 1 and 2.  Section 1 reads as follows:

Section 1. It is hereby declared as a national policy to develop a closer and broader contact with or Asian neighbors in the field of learning and scholarship to attain knowledge of our national identity in relation to other Asian nations through profound studies on Asian cultures, histories, social forces and aspirations.

Section 2. Pursuant to this policy, there is hereby established an Asian Center in the University of the Philippines, which shall absorb the present Institute of Asian Studies, its personnel and facilities: Provided, that such center shall give primary emphasis on Philippine studies. (RA No. 5334)

FROM ASIAN CENTER TO PCAS

…..On 22 November 1973 barely over a year upon declaring Martial Law, President Ferdinand E. Marcos amended Republic Act No. 3554 through a presidential decree and created the Philippine Center for Advanced Studies (PCAS)[Presidential Decree No. 342, 1973].  The PCAS “absorbed” the Asian Center together with its building and personnel.  It effectively became the think-tank of the Marcos regime with the following objectives:

One function performed by the PCAS is the management of a “pre-departure orientation seminar” given to civil servants and other government employees including military personnel.  The program taught, among others, official versions of Philippine culture, society and history to the civil servants who were expected to transmit official representations of the Philippines in their trips abroad (Mendoza 2002, 50).

The creation of the PCAS established an empire within an empire.  Particularly vexing to the UP community was the fact that it was imposed from above without consultation or agreement.  Funds of the Asian Center were transferred to the PCAS budget.  In addition, the University of the Philippines had to appropriate P1.5 million from its budget annually to finance recurring operational expenditures of the PCAS beginning June 1974.  (Evangelista ca 2008, 65)

FROM PCAS TO ASIAN CENTER

During the Interim period from 1 November to 31 December 1979, Dr. Cesar Adib Majul served as the Officer-in-Charge of the Asian Center.  (The University of the Philippines Gazette, September-October 1979, 127)  Afterwards, the following professors with their respective fields of specialization served as Dean:

KNOWLEDGE PRODUCTION AT THE UP ASIAN CENTER: FOUR EXEMPLARY SCHOLARS

Close to its 60th year in existence, the Asian Center has produced to date 353 theses and dissertations in various fields (as of 13 April 2015). Figure 1 shows the number of theses and dissertations produced from 1963 to 2014, with a range of 1 to 17 theses/dissertations per year. The Asian Center was most fortunate to have in its historical roster of faculty members luminaries in the field of Philippine and Asian studies.  Four of them may be called exemplary scholars in their respective fields.  They may very well be considered pioneers and legends in the Philippine academe.   These scholars are not only known in the Philippines but also abroad for their contributions in their disciplines and areas of specialization.  These four scholars are:  Cesar Adib Majul (Islamic Studies and Philippine history), F. Landa Jocano (anthropology), Juan R. Francisco (Indiology) and Josefa M. Saniel (Japan Studies)…

[This write-up is an excerpt of a longer article by Professor MCM Santamaria of the UP Asian Center, which was in turn based on a lectured he delivered at the Kanagawa University Hakone Seminar Program, “Empire and Nationalism: Comparative Studies of Asia, Africa and Latin America,” Kanagawa University Hakone Lodge, Kanagawa Prefecture, Japan, 19-20 March 2015.  In his footnote in the full article, he writes, "I am most grateful to Dr. Yoshiko Nagano for inviting me to this seminar and for suggesting to me that I write about the history of the Asian Center.  Trained as a political scientist, I found the task of (re)constructing the institution’s historical narrative to be, although most interesting, also most challenging.  I view this task as an on-going process, and this manuscript is simply a first attempt at writing one interpretation of the institution’s history..."

Professor Santamaria delivered a summary of the longer article, entitled “Pioneers and Legends: The Rise and Transformation of Asian Studies at the Asian Center, University of the Philippines during the 60th anniversary celebrations of the Asian Center on 25 November 2015. This excerpt contains the citations even for information found in the deleted sections. Furthermore, please note that some of the headings in this online essay do not appear in Professor Santamaria’s original manuscript.]